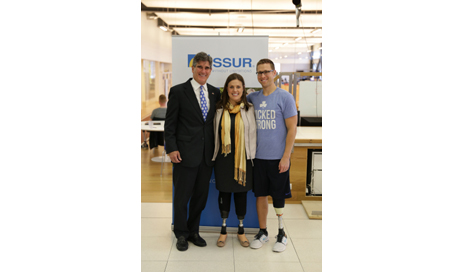 Patrick Downes and his wife, Jessica Kensky, were newlyweds in April 2013, when they were spectators standing near the finish line of the Boston Marathon, and both lost lower limbs as a result of the explosion, according to a media release from Össur.

During their visit to the Össur facility, Downes and Kensky provided feedback about their prostheses to the Össur R&D team and previewed new prosthesis technology in development.

According to the release, Corcoran, who runs Medical Center Orthotics & Prosthetics in Silver Spring, Maryland, played a central role in Kensky’s recovery while she received treatment at Walter Reed National Military Medical Center earlier this year.

“Patrick and Jessica have overcome tragic circumstances, and demonstrated exceptional courage and personal resolve in their recovery. We were honored and inspired by their visit,” says Jon Sigurdsson, president & CEO of Össur, in the release.

“It was a pleasure to be reunited with Patrick and Jessica, who are progressing in their recovery despite the heart-breaking challenges they have faced,” Barber states in the release.

“It was exciting to see how collaboration between Icelanders and Americans with technology developed by Össur might further enhance their lives in the future,” he adds. 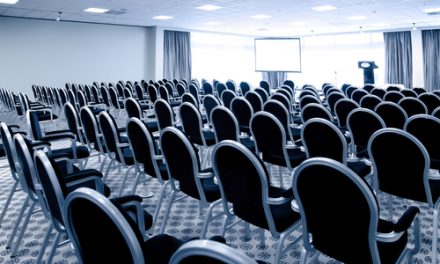 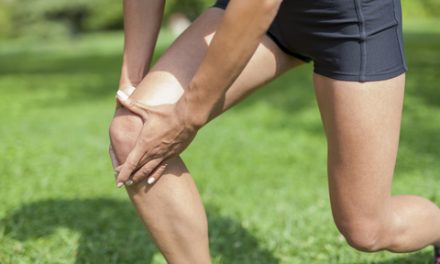 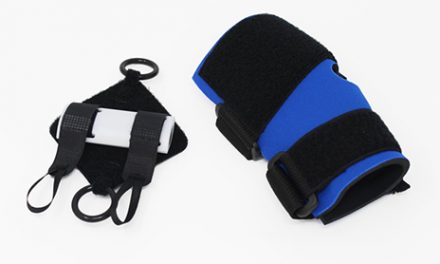