Use Weights, Not Aerobics, To Ease Back Pain, Study Suggests

People who use weight training to ease their lower back pain are better off than those who choose other forms of exercise such as jogging, according to a University of Alberta study.

The study, done in conjunction with the University of Regina, showed a 60% improvement in pain and function levels for people with chronic backache who took part in a 16-week exercise program of resistance training using dumbbells, barbells, and other load-bearing exercise equipment.

In contrast, people who chose aerobic training such as jogging, walking on a treadmill, or using an elliptical machine to ease their back pain only experienced a 12% improvement, says Robert Kell, an assistant professor of exercise physiology at the University of Alberta, Augustana Campus.

The resistance-training group showed improvements in pain and function of about 60%, while those who took aerobic training experienced only a 12% improvement.

"Any activity that makes you feel better is something you should pursue, but the research indicates that we get better pain management results from resistance training," Kell says. The extra benefits stem from using the whole-body approach required in resistance training, he says. "We tried to strengthen the entire body and by doing that, we decreased the fatigue people felt throughout the day. They were better able to perform their activities of daily living." Aerobics training generally works just the lower body, he added.

Approximately 80% of North Americans suffer from lower back pain at some point in their lifetimes, and for 85% of them the pain is chronic.

Both types of training did provide other fitness benefits, such as lower body fat, the study showed.

The findings are to be published in early 2009 in the Journal of Strength and Conditioning Research. 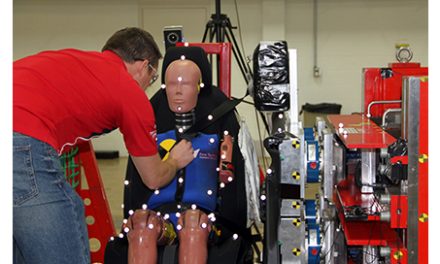 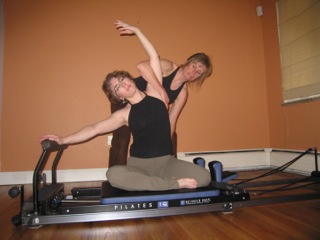 In Pursuit of Pilates