A team of bioengineering students from Rice University, Houston, who invented a device to measure   intrinsic hand muscle strength, has recently won two prestigious honors for their patent-pending creation, PRIME, says the university. The device could help revolutionize the diagnosis and treatment of hand injuries and neurological disorders, specifically carpal tunnel syndrome, according to a statement from the university.

The OrthoIntrinsics team won first place and $10,000 at IShow, an innovation competition for graduate and undergraduate students sponsored by the American Society of Mechanical Engineers in Palm Desert, Calif, in June. They were then named one of five winners in a student design competition sponsored by the National Science Foundation at the Rehabilitation Engineering and Assistive Technology Society of North America conference in New Orleans in late June. The top five, unranked, were selected from more than 60 entries, says the university.

Graduates Caterina Kaffes, Matthew Miller, Neel Shah, and Shuai "Steve" Xu invented PRIME, or Peg Restrained Intrinsic Muscle Evaluator, for their senior project. They are working with the Rice Alliance, which aids early stage technology ventures, and the Jones Graduate School of Business to refine their business plan while validation of the device is under way at two leading Texas Medical Center institutions, the Methodist Hospital and Shriners Hospital for Children, says the university.

The challenge presented by Gloria Gogola, an orthopedic hand surgeon specializing in pediatrics, was to create a device that accurately measures intrinsic hand muscles, which allow humans to play a piano or perform any task that requires dexterity and precision.

Xu said in the statement that some 20% of all ER admissions are hand-related, and neuromuscular disorders. spinal cord injuries, Lou Gehrig’s, diabetes, and multiple sclerosis affect the intrinsic hand muscles.

For starters, the team is honing in on carpal tunnel syndrome, says the university. Xu said in the statement that surgeons in the United States are expected to perform more than 500,000 procedures for carpal tunnel this year. Nationally, we spend $2 billion per year treating the disease, but up to 20% of all surgeries need to be redone, she adds. Xu said the invention can be used across the spectrum of care from diagnosis to outcome measurements.

Physicians routinely test strength by asking patients to hold up a hand, and push one way, then the other way. The assessment is by feel, nothing quantifiable, says the university. Xu said previous devices lack the repeatability to be useful and do not adjust for small hands or unusual morphologies.

PRIME is intended to plug that gap. The device has three elements: a pegboard restraint, a force transducer enclosure, and a PDA custom-programmed to capture measurements.

In a 5-minute test, a physician uses pegs to isolate a patient’s individual fingers. Miller said in the statement that once the patient is pegged in, he/she can’t move anything but the finger the researchers want them to.

A loop is fitted around the finger, and when the patient moves it, the amount of force generated is measured. Xu said in the statement that PRIME gets the peak force, and then the physician can create a patient-specific file with all of the patient’s information, time-stamped, and record all measurements. PRIME integrates with existing systems in a manner compliant with the Health Information Portability and Accountability Act, better known as HIPAA, he said.

Xu said he hopes it will help hospitals

Gogola said in the statement that PRIME has found a home in her clinic. 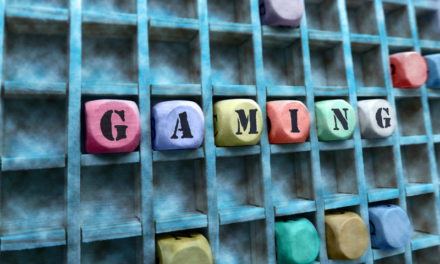