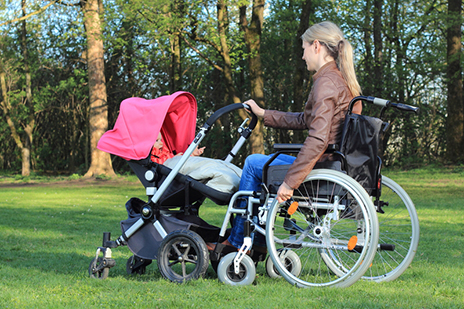 How do mothers with physical disabilities care for their young children? Researchers describe their adaptive strategies in a  study published recently in Health and Social Care.

In the study, funded by the National Institute on Disability, Independent Living, and Rehabilitation Research (NIDILRR), researchers at the National Research Center for Parents with Disabilities examined data from interviews with 25 mothers with physical disabilities who shared their health needs and experiences before, during, and after pregnancy.

The participants had at least one child under the age of 10, and they reported having a physical disability that affected their ability to walk, their use of their hands or arms, or both. The participants were asked about their experiences when their children were infants and toddlers, and what adaptations, modifications, or supports they used to help them care for their young children, according to a media release from the National Rehabilitation Information Center.

Five major types of adaptations were used, according to the researchers. These were:

Mothers with physical disabilities may utilize a variety of strategies to effectively care for their children, from adaptive equipment to assistance from a co-parent or attendant, the researchers note, in the release.

The authors also note that peer support communities (both online and in-person) may be a vital resource for mothers with disabilities to share information with one another.

Finally, healthcare providers and social workers may benefit from receiving more training regarding the successful adaptations used by mothers with disabilities, as well as ways to support women with physical disabilities as they prepare for motherhood, they conclude.

Researchers Call Mobility a Type of “Barometer” for Healthy Aging