Forging fast connections between robotic limbs and the human brain to benefit injured soldiers and other amputees is under way with the establishment of a multimillion-dollar research center led by engineers from Southern Methodist University, Dallas.

Funded by a Department of Defense initiative dedicated to audacious challenges and intense time schedules, the Neurophotonics Research Center will develop two-way fiber optic communication between prosthetic limbs and peripheral nerves. This connection will be key to operating realistic robotic arms, legs, and hands that move like the real thing and also "feel" sensations such as pressure and heat.

Successful completion of the fiber optic link will allow for sending signals seamlessly back and forth between the brain and artificial limbs, allowing amputees freedom of movement and agility, according to researchers.

Partners in the Neurophotonics Research Center also envision man-to-machine applications that extend far beyond prosthetics, leading to medical breakthroughs such as brain implants for the control of tremors, neuromodulators for chronic pain management, and implants for patients with spinal cord injuries.

The researchers say their new technologies could ultimately provide the solution to the kind of injury that left actor Christopher Reeve paralyzed after a horse riding accident. "This technology has the potential to patch the spinal cord above and below a spinal injury," said Marc Christensen, PhD, center director and electrical engineering chair in SMU’s Lyle School of Engineering. "Someday, we will get there."

The Defense Advanced Research Projects Agency (DARPA) is funding the $5.6 million center with industry partners as part of its Centers in Integrated Photonics Engineering Research (CIPhER) project, which aims to dramatically improve the lives of the large numbers of military amputees returning from war in Iraq and Afghanistan.

Currently available prosthetic devices commonly rely on cables to connect them to other parts of the body for operation–for example, requiring an amputee to clench a healthy muscle in the chest to manipulate a prosthetic hand. The movement is typically deliberate, cumbersome, say the researchers.

The goal of the Neurophotonics Research Center is to develop a link compatible with living tissue that will connect powerful computer technologies to the human nervous system through hundreds or even thousands of sensors embedded in a single fiber.

Unlike experimental electronic nerve interfaces made of metal, fiber optic technology would not be rejected or destroyed by the body’s immune system, they note.

"Enhancing human performance with modern digital technologies is one of the great frontiers in engineering," said Christensen. "Providing this kind of port to the nervous system will enable not only realistic prosthetic limbs, but also can be applied to treat spinal cord injuries and an array of neurological disorders." 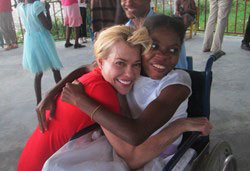 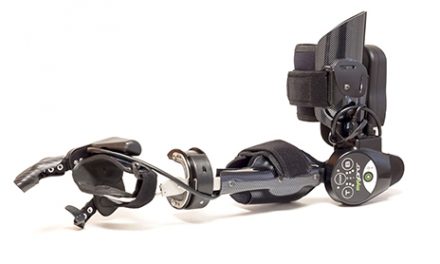