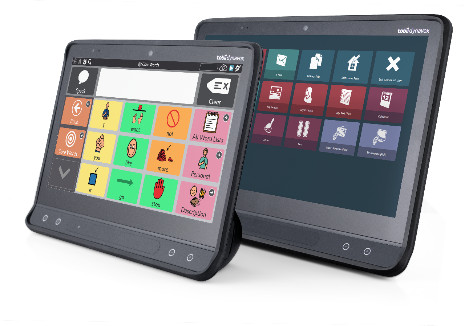 Tobii Dynavox launches the next generation of its I-Series communication device developed for people with disabilities such as cerebral palsy and ALS. It features the built-in eye tracking sensor IS5.
The new I-Series is designed to provide a voice to help people with disabilities to communicate and become more independent. The smaller I-13 and the larger I-16 also feature a partner window located on the back of the device, engineered to mirror the phrases being typed and enables true face-to-face communication.

“The I-Series has made it possible for me to continue to do what ALS otherwise would have taken away from me. I can keep in touch with friends on Facebook, enjoy the latest shows on Netflix and go to live concerts. But most importantly, I can continue to coach the kids in basketball, football and deliver my pre and post-game speeches to them,” says Jeff Fogel, youth sports coach diagnosed with ALS, in a media release from Tobii Dynavox.

“Eye tracking unlocks a world of possibilities and with this new device, built on years of research and customer feedback, we have pushed the limits of what a communication device can do,” adds Fredrik Ruben, CEO of Tobii Dynavox, US headquartered in Pittsburgh, in the release.

The new slimmer and lighter device features a magnesium chassis, is medical graded and IP54 rated for durability against water, dust, drops and hits. In addition to the new screen design with a glare-reducing finish, the device also includes: 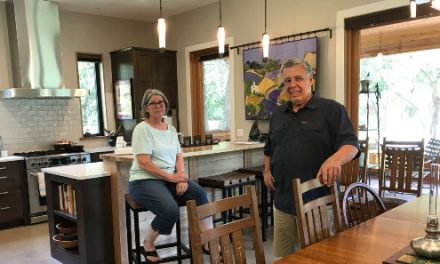