“Stroke is the nation’s leading cause of adult disability,” says Steven C. Cramer, MD, senior author of the study, associate professor of Neurology and Anatomy & Neurobiology, and director of the Stroke Center at the University of California, Irvine. “Even among people who get drugs to dissolve blood clots in the first hours after stroke, most still are left with significant disability. So there is a huge need for new therapies to make the best of the brain that survives a stroke.”

Cramer and colleagues studied 15 patients, average age 61, with partial paralysis on the right side of the body. Their strokes had occurred an average 2.6 years before this therapy, ranging from 4 months to 10 years.

Researchers then randomized seven patients to a robotic technique termed motor therapy, which consists of computer-aided grasping and releasing, alternating with rest. Eight others received a more complex robotic approach called premotor therapy, which requires grasping, releasing, and resting depending on details of a timed visual cue. Dealing with this more complex activity requires additional engagement of a higher level of the brain, the premotor cortex, Cramer says.

Only when the patient incompletely squeezed or relaxed their hand did the computer complete the movement for them.

“Sensory function feeds into motor function,” Cramer says. “We completed the movement in these instances so the brain could experience the signals of a completed correct movement.”

* a standard assessment called the Fugl-Meyer (F-M) score (66 point scale);
* the Action Research Arm Test, which measures the ability to perform real-world tasks such as grasping an object, gripping a drinking glass, pinching to pick up a small marble, or putting the hand on your head; and
* the Box-and-Blocks Test, which assesses manual dexterity as one moves blocks from one side of a box to another in 1 minute.

Among the study’s findings:

* Patients had significant gains 1 month after treatment averaging 2.1 points on the F-M scale; and 1.2 points on the Action Research Arm Test, but not on the Box-and-Blocks test.
* Among all 15 patients, both forms of therapy produced similar gains.
* However, the six patients with higher baseline F-M scores (average 54) and less motor system damage showed significantly more gain with premotor than with motor therapy at 1 month. Nine patients with an average F-M score of 23 showed no difference in gains between these two therapies.

“The status of a patient’s motor system at the beginning of therapy is very much related to how treatment will affect them,” Cramer says.

Cramer says robotic therapy remains at an early stage but has great potential, perhaps in use with other experimental treatments, including drugs, brain electro-stimulation, and cell transplants.

“Robotic therapy may be useful in its own right,” Cramer says. “But it could also help rewire, or reshape, the brain in conjunction with other stroke therapies. One of the key points in the current study is that the way we use robots to help people recover function might differ according to how severe their stroke was.” 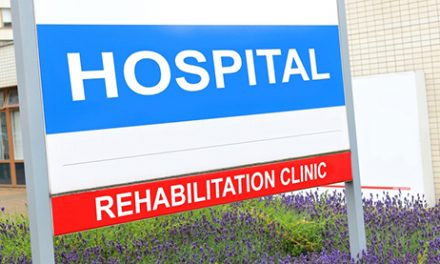 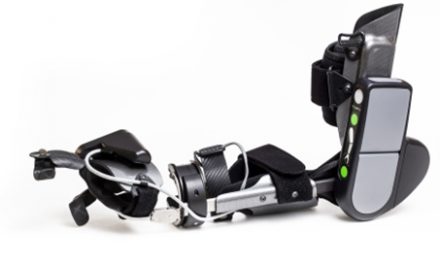 Myomo MyoPro is Now Available in 16 New US Locations 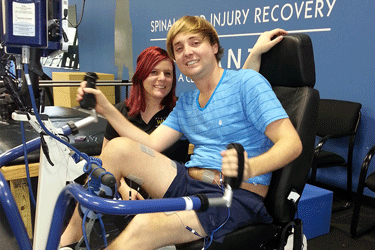