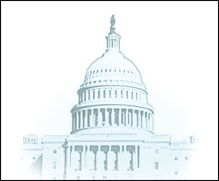 Before the election and before adjourning, Congress had a rough couple of weeks. Not only were they trying to put a temporary budget together that carries the country into next year, but they were also trying to wrap up legislation for the year so they could adjourn. All of the House members and one-third of the Senators were eager to get back home and campaign. But both chambers as well as the White House were overwhelmed with torturous economic news that demanded attention. In the end, Congress passed, and the president signed, a $700 billion rescue package to help shore up the ailing economy and the credit markets that were reportedly drying up.

All of this took serious attention away from health care issues, which may be a sign that health care could be a second tier interest in the next Congress. Fortunately, this Congress had dealt with the Medicare physician and therapist payment problem earlier in the summer. But in preparation for 2009, both the House and Senate committees of jurisdiction had been holding hearings dealing with health reform, Medicare, and health information technology. All of these issues have the propensity to affect the rehabilitation therapy professions.

But the staggering economy and the cost of the rescue package are sure to alter the ambitions and plans of the new president and the 111th Congress. As a result, health care reform has slid in the list of priorities. And, once again, we are most likely looking at an incremental approach beginning with the reauthorization of the State Children’s Health Insurance Program (SCHIP), which expires in March. But Medicare legislation, especially that which addresses payment rates and the therapy cap, will probably not come to a head until late 2009. The consequence of failure to enact further legislation? A 21% Medicare payment rate cut and implementation of the Medicare therapy caps effective January 1, 2010.

The Centers for Medicare and Medicaid Services (CMS) has awarded a contract to explore short-term alternatives for therapy services. The contract, worth $859,000, was awarded September 23 to Computer Science Corp (CSC) of Rockville, Md. In the past, CSC has conducted studies for CMS that analyzed utilization of therapy services with respect to the Medicare therapy caps.

CSC is to build on those prior studies and perform follow-on analysis that provides CMS with the tools needed to develop short-term alternatives to outpatient therapy caps, including both systems changes and manual guidance that encourages payment for therapy services that are medically necessary.

The request for proposal stated that “continuous medical review of therapy claims by CMS contractors is impractical” and significant changes to CMS systems to incorporate the concepts of a new payment system based on individual patient condition are also impractical in the short term. “The task then is to further refine and operationalize alternatives to limiting therapy utilization through policy changes without significant systems changes.” CSC is to develop recommendations based on payment using the Physician Fee Schedule and practical changes to current systems (eg, edits) or policies (eg, clinical guidelines). CMS emphasized that recommended changes must be clinically appropriate, operationally feasible, and potentially effective in limiting unnecessary expenditures, and at the same time allow treatment to beneficiaries who need it. Building on the existing exceptions process and the current documentation requirements is also mentioned as acceptable.

The contractor held a kickoff meeting at CMS in October, and a broad stakeholder conference will take place before the end of 2008. A task that is to be completed early in the 2-year study would utilize the prior CSC claims data of 1998-2006, replicate procedures used in prior studies, and develop new extraction and analysis methods as needed in order to provide CMS with an updated outpatient therapy data set for various purposes. The updated data set could include the following types of activities:

Additionally, the contractor will develop practice guidelines that may involve several forms, such as edits and policy recommendations. Guidelines may be related, for example, to beneficiary condition/classification groups that project a range of clinically appropriate services, episodes, and/or outcomes for classification groups and developed with input from stakeholders, augmented with research and data analysis.

The contractor is required to convene frequent and ongoing stakeholder workgroups either in person or by electronic meeting methods. The expertise, opinions, and recommendations of stakeholders shall be solicited for the purpose of describing, for example, behaviors, clinical methods, research, guidance, habits/cultures of various settings, and influences outside Medicare, all of which may contribute to the utilization of outpatient therapy services. Controversial opinions and recommendations shall be reported with pros and cons.

Development of a new measurement tool for identification of patient condition is outside the scope of this contract. However, the contractor may include sponsors or developers of existing measurement tools in stakeholder discussions and may consider any available information that may help explain therapy utilization or outcomes, or may help develop short-term alternatives consistent with medically necessary services.

Lastly, the contractor will consult with Medicare carriers, systems analysts, and others to explore the feasibility of a rapid implementation of potential recommendations for short-term alternatives to therapy caps. Such recommendations should be implementable within 2 to 3 years using the existing claim form.

The final report is due in September 2010.

OIG TO FOCUS ON INDEPENDENT THERAPISTS IN 2009

According to the 2009 Work Plan of the Office of Inspector General (OIG), outpatient physical therapy services provided by independent therapists are going to be investigated next year. The focus will be to determine if they are in compliance with Medicare documentation and reimbursement regulations.

The OIG will also review services physicians bill to Medicare but do not perform personally. Such services, called “incident to,” are typically performed by nonphysician staff members in physician’s offices. The Social Security Act, § 18610(s)(2)(A), provides for Medicare coverage of services and supplies performed “incident to” the professional services of a physician. However, these services may be vulnerable to overutilization or put beneficiaries at risk of receiving services that do not meet professionally recognized standards of care. The Inspector General will examine the qualifications of nonphysician staff who perform “incident to” services and assess whether these qualifications are consistent with professionally recognized standards of care.

Other 2009 targets for inspection include:

The full work plan is available at www.oig.hhs.gov/publications/docs/workplan/2009/WorkPlanFY2009.pdf.

CMS has released the results of the Physician Quality Reporting Initiative (PQRI) program, stating that the agency paid out $16 million to participating eligible professionals for reporting in 2007.

But physicians are apparently less than enamored with the results of the first year. Nearly 100,000 physicians started reporting quality measures, but scarcely more than half (55,000) successfully reported enough measures to qualify for a bonus. In August, CMS began allowing participants access to confidential reports to let them know if they achieved the reporting threshold for the measures they chose. Many who tried to access the documents were defeated by stringent security measures. Others who succeeded found the data to be less than helpful in teaching them how to improve quality.

A smaller percentage of rehabilitation therapists were successful with the PQRI program in 2007. According to a CMS official, 3,062 therapists (approximately 11.7% of eligible therapists) participated in 2007 by submitting at least one valid quality data code. Of the 3,062 participating, 30.54% (or 935 therapists) earned an incentive bonus. The total incentive payment for physical and occupational therapists was $299,878, meaning the average bonus earned per therapist was approximately $321.

In the proposed Medicare Physician Fee Schedule (MPFS) rule, CMS has announced improvements to and expansion of the PQRI program. Eligible professionals will have more measures from which to select and more ways of reporting including use of recognized registries that may do the reporting on behalf of its member clinicians. In addition, the PQRI bonus which remained at 1.5% for 2008, has been increased to 2% for 2009. Changes to the program for 2009 will be confirmed in the MPFS final rule due out in early November.

When President-elect Obama is sworn in and the 111th Congress is called to order, these branches of government will face probably the worst fiscal situation since the late 1930s. Earlier this year, the Office of Management and Budget (OMB) was forecasting a $482 billion deficit in Fiscal Year 2009, which did not include an estimated $80 billion spent on the wars in Iraq and Afghanistan. Moreover, with the added costs of the economic rescue and stimulus packages, a $500 billion annual deficit has ballooned to over $1.6 trillion. As a consequence, any additional new spending will be severely constrained.

Nevertheless, during the campaign, candidate Obama did express a commitment to health reform and repeatedly refused to acknowledge that the issue would have to be postponed due to the economic picture. And since the election, several key Senate and House Democrats have ramped up discussion of health reform as a legislative issue. Senator Ted Kennedy (D-MA), chairman of the Health Education Labor and Pensions (HELP) Committee in the Senate has announced intentions to introduce a universal coverage bill predicated on Obama’s health proposal in early 2009. And on November 12, Finance Committee Chair, Senator Max Baucus (D-MT) issued a health reform White Paper that also contains principles closely related to the Obama plan.

Over in the House, in reacting to the Baucus proposal, Ways and Means Chairman Charles Rangel (D-NY) and Health Subcommittee Chairman Pete Stark, (D-CA), reacted to the Baucus proposal in a joint statement saying: “His paper supports a number of principles we have pursued over time, including many of those on which President-elect Obama campaigned.” And Energy and Commerce Committee chairman Rep. John Dingell (D-MI) has said that health reform should begin with kids (renewal of the State Children’s health Insurance Program) and move on to universal coverage.

There are two measures on which Congress will likely act because of expiring deadlines. The State Children’s Health Insurance Program (SCHIP) will terminate in early March unless Congress acts to renew it. The second deadline is December 31, 2009, when the Medicare Physician Fee Schedule (MPFS) adjustments expire which include the therapist/physician payment, the durable medical equipment competitive bidding delay, the therapy cap exceptions process and the Physician Quality Reporting Initiative (PQRI).

The health care staff for House Speaker Nancy Pelosi (D-CA) is advising that Congress will be under such profound fiscal pressure that, apart from these two measures SCHIP and MPFS), health care issues will not be a top priority of the House leadership and large-scale health care reform legislation will not be feasible.

In addition, the Director of the Congressional Budget Office, Dr. Orszag, has committed his agency to provide an analysis in December of health care policy options. This analysis will guide Congressional committees when they address health care issues.

Despite these expressed desires, at this writing it is believed that there will be no large health reform or Medicare reform bill. SCHIP reauthorization will take place in early 2009. But a Medicare payment bill, if there is one, is not likely to emerge until late in the 2009 calendar year just before recess. Given the competing fiscal interests, like the burgeoning deficit, the economy, and SCHIP, the amount of money needed for any kind of Medicare change is expected to be small. Thus, the current view is that repeal of the sustainable growth rate (SGR) once again is nearly impossible and incremental or short-term patches will likely be the only options. 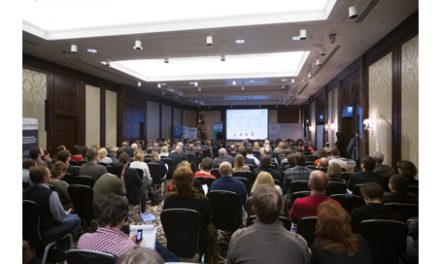